Should the church worry about ‘Cancel Culture’? 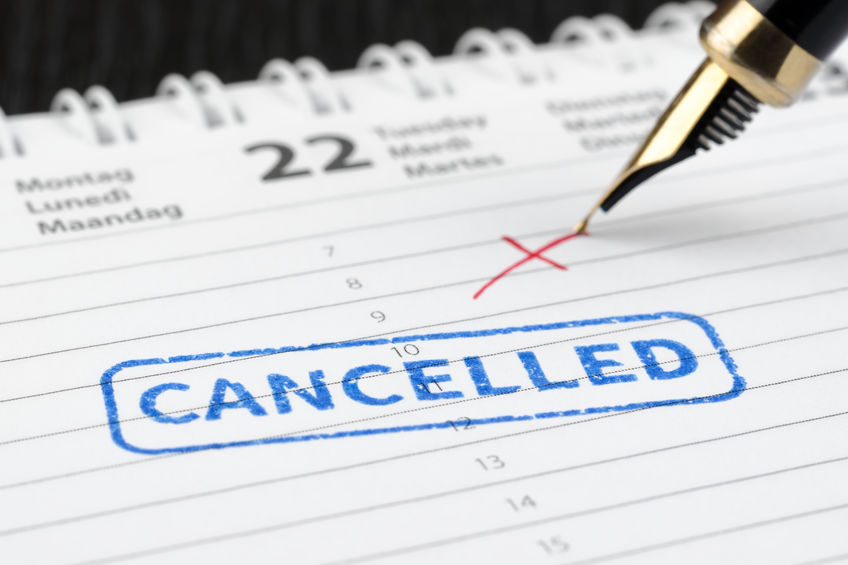 There is an increasing trend of events being cancelled or refused bookings by venue hosts because of the nature of the activity intended. This is part of a trend known as ‘cancel culture’. On the face of it, this seems reasonable, but it has led to difficulty for organizations that seek to promote events that uphold Biblical values. For example, the American evangelist Franklin Graham (eldest son of Billy Graham) had a number of meetings cancelled earlier this year in this country because the venue refused to fulfil the booking after be subjected to pressure from lobby groups. LGBT event organisers have boycotted a venue in Blackpool that had accepted a booking for Franklin Graham. In fact, there have even been calls to deny Graham a visa to the UK using the usual creative application of ‘hate speech’ legislation.

These are perfect examples of ‘cancel culture’. It seems it will take a brave venue to accept a booking from an organisation that preaches the true gospel or promotes the Biblical perspective of a controversial issue.

So, how should the church respond to ‘cancel culture’?

Christian organizations have to accept that we live in a secular culture where Biblical standards are not welcome in the public space. It should not come as a surprise when events that promote the true gospel message attract the rage of elements of society. Certain groups will aggressively seek to shame those associated with something they disagree with and use emotionally charged and far-reaching tools such as social media to do this.

Various forms of cancel culture has been used throughout history, although it is expressed differently now. Cancel Culture is just one of many methods to squeeze the gospel message out of the public square in our time. It would be a little over-the-top to call this persecution (given the horrific conditions many Christian communities around the world have to endure), but it certainly constitutes marginalization. This is a common tactic that is employed to keep the faithful church quiet in the western world.

As a result of this, Christian organizations that are able to exercise relative public freedom will have to reduce the tone of the message and often end up paying nothing more than lip-service to the true gospel. Former Church Minister David Robertson, while writing on cancel culture in this blog, observes the condition of the Free Church Assembly in Scotland. He laments how the so-called Christian content of this event was distorted so much that ‘any secular humanist, or any of the politicians sitting in the parliament, could have said exactly the same thing’. He further comments that, as a result of this, the key problem for the church is that it becomes ‘indistinguishable from the nice middle-class progressive society’ around it. This does leave us wondering what value there is for the Christian leader in having a public platform if it is only used to sing the same tune of popular culture? While representing the church, why use a public platform to simply say exactly the same as our secular culture?

The most appropriate way to formulate a response is to ask what would Jesus do if he were here? Would Jesus water down the message to conform to the secular culture of his day? Would he dilute his content to maintain popularity? Would Jesus have been concerned with cancel culture?

The answer to this is obviously an empathetic ‘no’! Jesus endured a cancel culture far more potent than ours and, despite this, he refused to compromise the message of salvation no matter what the cost. If Jesus were to exercise his ministry today, he would be branded a ‘hate preacher’ in an instant and banned from every secular venue. The machinery of cancel culture would move into overdrive to remove him from having any widespread exposure.

So, should the church worry about ‘cancel culture’?

On the contrary, the church should expect to fall on the wrong side of cancel culture. If the message of the church is well-received and endorsed by our culture, there is clearly something wrong with the message. The church should never intend to offend for the sake of it, but the message of repentance (which is fundamental to the gospel) is going to offend at times. This message was unpalatable in Jesus’ day and the world is no different today. In fact, if anything, our culture is even less predisposed to gladly receiving the gospel as it has removed the notion of ‘sin’.

Cancel culture in our day can be expressed in a number of different ways including venue cancellations, boycotts, and general bad publicity. However, in coming years, we suspect that churches who refuse to water down the gospel message could face other sanctions such as removal of charitable status, legal action, or even closure.

We would urge to church to prepare for this. Be reminded about what the Biblical church actually is. Stay true to Jesus Christ – we are accountable to Christ, not our culture.

We are therefore Christ’s ambassadors, as though God were making his appeal through us. We implore you on Christ’s behalf: Be reconciled to God. God made him who had no sin to be sin for us, so that in him we might become the righteousness of God. (2 Corinthians 5:20-21 NIV)

As an ambassador, there is the sense that we are currently away from our natural home – representatives of Jesus in an foreign environment. In fact, Scriptures clearly warns followers of Jesus to stand out among the culture of the day:

Do not conform to the pattern of this world, but be transformed by the renewing of your mind. Then you will be able to test and approve what God’s will is–his good, pleasing and perfect will. (Romans 12:2 NIV)

You adulterous people, don’t you know that friendship with the world means enmity against God? Therefore, anyone who chooses to be a friend of the world becomes an enemy of God. (James 4:4 NIV)

Churches must be realistic. If you planning an event that faithfully follows Biblical principles on a controversial issue or the message of salvation, options will be limited if you intend to hire a venue.

Furthermore, we would encourage churches to prepare for when cancel culture becomes more aggressive and infiltrates the church. On a practical level, reduce costs, avoid debt, rethink leadership structure, disciple believers so that they are not dependent on physical church structure. Overall, become more self-sufficient. The Covid-19 lockdown has proven to be a perfect opportunity to explore this while we cannot use the buildings that are usually the hub of our meetings. The early church began as a network of fellowships based from the homes of the faithful Christian community. As we edge towards end-times, we anticipate a return to this model. The visible mainstream church will not be the true church but will be typified by the Laodicean character described in Revelation 3:14-22. It will simply be a pseudo-Christian organisation devoid of any spiritual value – in fact, it will keep people from finding salvation through Jesus Christ.

The church must not worry about cancel culture or being shamed. The approval of Jesus Christ is all that matters and a church that really stands out from surrounding culture will have much more spiritual power to bring real hope into the heart of a culture that desperately needs salvation through Christ.

But our citizenship is in heaven. And we eagerly await a Savior from there, the Lord Jesus Christ, (Philippians 3:20 NIV)

Jesus said, “My kingdom is not of this world. If it were, my servants would fight to prevent my arrest by the Jewish leaders. But now my kingdom is from another place.” (John 18:36 NIV)