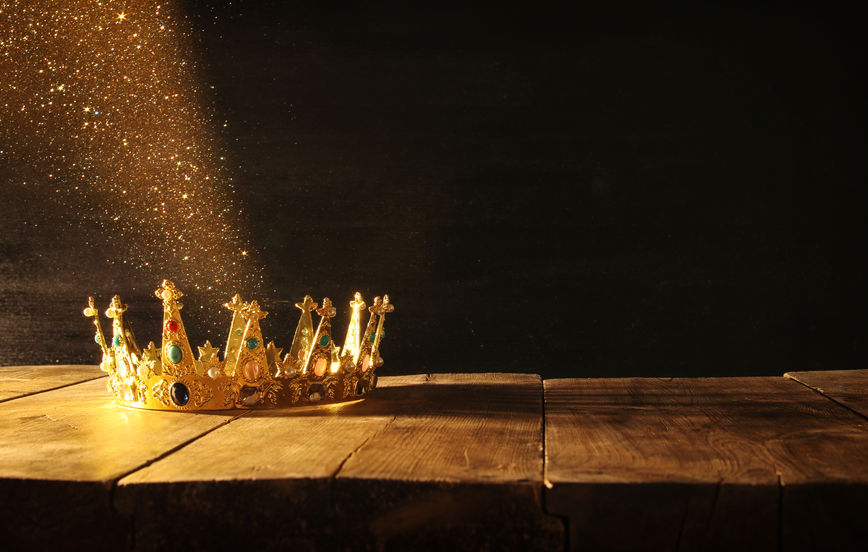 This website exists to share and promote the great news that there is a coming King – his name is Jesus Christ!

The prospect of this amazing event demands a response from everyone – the second coming will be unmissable and will affect each person without exception. It may happen in our lifetimes and could be very soon as there are many signs which point to the imminence of this incredible event. The nature of our response to the prospect of this coming King is the biggest decision we will ever have to make in our lifetime.

The great thing is that the Bible outlines many of the features of Jesus’ return as it appears to occur in a number of phases. It seems Jesus’ coming is unveiled in a succession of end time events – each with a different purpose and targeting a different group of people. This includes a dramatic rescue of his faithful followers (known as the rapture), the judgment of those who have rejected his offer of salvation and, finally, to restore this broken world in preparation for his perfect reign.

Furthermore, we can learn much about Jesus’ second coming by looking back to his first coming. This is because there are a number of parallels between the two. In fact, Jesus’ first coming is more than just a past historical event – it also provided a pattern for the future. The nativity accounts that detailed Jesus’ birth reveals some features of his return – here are some of the similarities:

In the gospel accounts, everyone who met or heard about Jesus either reacted with homage or hostility – it is impossible to remain neutral and Jesus was a divisive figure. This same is true today – each person either accepts Jesus or rejects him.

As he lived on earth, Jesus did everything he could to demonstrate who he was – he lived a perfect life, he performed every kind of miracle possible and he demonstrated His credentials most completely with the resurrection after being crucified. He is the ONLY person in history to have this unique set of qualifications – and he is coming back soon!

Many of the early followers of Jesus lost their lives on account of the resurrection and the early church was characterised by self-denial and peacefully pointing others to Jesus. For the first three hundred years, the church remained completely separate from the state and was powerless and persecuted. This all changed when Christianity was installed as the state religion which was the worst thing that could have happened to the church – it then became just another ‘religion’, using coercion and crusade to recruit followers.

However, the Christian movement that originated with Jesus Christ is unique. Our world is littered with graves and every movement in history finds an origin with a grave – usually, the location where the body of the key individual was buried. Followers of Jesus Christ also focus on a grave, except in this case the grave is empty:

“Don’t be alarmed,” he said. “You are looking for Jesus the Nazarene, who was crucified. He has risen! He is not here. See the place where they laid him.” (Mark 16:6 NIV)

Jesus Christ could not have done more to validate his message of repentance and offer of salvation. His sacrificial death paid a price on our behalf that we could not pay – his resurrection acted as the receipt that this payment had been accepted and Jesus will be coming back – the Coming King!

We believe the signs are there that signal his return any time soon. Time is running out for the current age we live in and the return of our Saviour cannot be far away. The great thing is that Jesus provided many signs to alert the world of his near arrival. We encourage you to explore these signs, many unique to the time we live in – which is them are not valid today? And, for the few pieces that do not yet appear to be quite in place, which could not be fulfilled in a very short period of time? It appears that the stage is set.

Jesus Christ will return to restore the earth to how it was originally created – beautiful and perfectly functioning. However, before this, the world will undergo a horrific time of upheaval. We believe the Coming King will gather his faithful followers in an event known as the rapture before subjecting the world to a period of judgment known as the Great Tribulation. This is a period of time no-one in their right mind wants to be part of – however, followers of Jesus can be assured a rescue from being subjected to this outworking of God’s wrath.

The fact is that each of us lives an estranged existence, separated from our Creator God, from a relationship that is severed by own rebellion – Jesus provided the solution in his death on the cross and subsequent resurrection. Now, anyone can be part of God’s Kingdom by accepting the grace that is on offer for all. Jesus said:

‘Very truly I tell you, no one can see the kingdom of God unless they are born again.’ (John 3:3 NIV).

Being ‘born again’ is the way to restore this broken relationship, and securing an eternity in God’s kingdom. Everyone is welcome to be part of this by accepting Jesus Christ as Lord and Saviour. We believe that God is holding off the return of his Son to give as many as possible to opportunity to choose life with Jesus. What is preventing you from taking this step of faith?

Everyone will have to stand before the Lord Jesus at some point in the future – the Bible makes it clear that there is a judgment day for both believers and non-believers. The outcome of this encounter will depend on whether you have submitted to him in repentance – read this article for more details.

For we must all appear before the judgment seat of Christ, so that each of us may receive what is due us for the things done while in the body, whether good or bad. (2 Corinthians 5:10 NIV)

On that judgment day, we will be all be judged against God’s standards – not our own. It is vital to realign our perspective of the world and our own existence. This world did not evolve into being over billions of years of unguided and random change. An honest assessment of the world around us reveals that is simply not a plausible assessment of our world’s existence. The world had a creator – although is presently imperfect, it is clearly created. Although the world was created perfect, it has been ruined by us. God has withdrawn and left us to our own devices to a degree – we are created with free-will and can use that freedom for good or bad…hence the mess we find when we switch on our TV screens! However, there is hope as we are not abandoned to our deserved fate. Jesus is the solution, Jesus is the Saviour, the ONLY one who can deliver us from an upcoming judgment and the only one who promises a part in a beautifully restored world in a living relationship, reconnected to our amazing God.

Although Jesus arrived on earth the first time as a baby and grew up to die a horrendous for you and me, he has YOUR life in his hands. How will you respond? This website exists solely to glorify Christ and to point anyone who will listen to the only way of salvation.

‘Men of Galilee,’ they said, ‘why do you stand here looking into the sky? This same Jesus, who has been taken from you into heaven, will come back in the same way you have seen him go into heaven.’ ‭‭(Acts‬ ‭1:11‬ ‭NIV)

The Lord will be king over the whole earth. On that day there will be one Lord, and his name the only name. (Zechariah 14:9)

This will be the biggest moment in history, will you be ready for the coming King?