What happened on the cross? 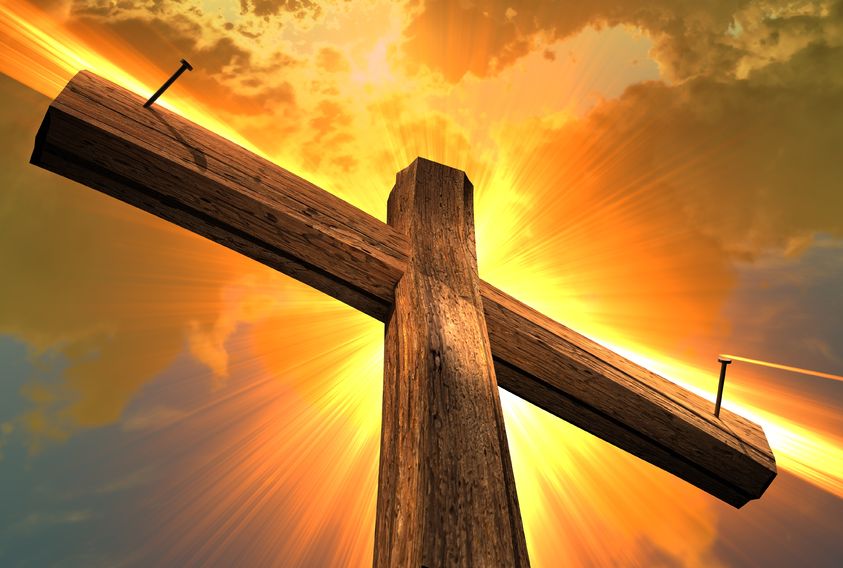 It doesn’t matter how many times the crucifixion accounts are read, you can’t help but be struck by the physical horror of the crucifixion, the sheer brutality of this form of execution. However, many people were crucified before Jesus and many suffered the same fate afterwards – in fact, you could argue there are worse forms of torture and execution. Was Jesus just one of many victims of a very cruel form of execution? Every Christian should understand actually what happened on the cross?

Then there’s the shocking injustice of the execution, the incredible hypocrisy of Jesus’ accusers – a bunch of liars told lies, a bunch of mockers mercilessly mocked while God Himself was accused of blasphemy! He did nothing but good – how could those who knew of this wish his death and go to such deceitful lengths to bring it about? But then again, there are countless examples of individuals who have suffered all kinds of travesties of justices – falsely charged, wrongly convicted, sham trails and merciless humiliation. It’s not that uncommon. Was Jesus simply one of many victims of injustice and corruption?

What is it that makes Jesus’ death so unique?

The reality is that there was a completely different dimension to Jesus’ suffering which was so terrible it’s impossible for us to fathom.
We will be familiar with the harrowing words of Jesus in Gethsemane:

What was this cup?

We believe the cup Jesus had in mind was the ‘cup of wrath’ that is referred to in a number of places in Scripture:

This is what the LORD, the God of Israel, said to me: “Take from my hand this cup filled with the wine of my wrath and make all the nations to whom I send you drink it. (Jeremiah 25:15 NIV)

Awake, awake! Rise up, Jerusalem, you who have drunk from the hand of the LORD the cup of his wrath, you who have drained to its dregs the goblet that makes people stagger. (Isaiah 51:17 NIV)

A third angel followed them and said in a loud voice: “If anyone worships the beast and its image and receives its mark on their forehead or on their hand, they, too, will drink the wine of God’s fury, which has been poured full strength into the cup of his wrath. (Revelation 14:9-10 NIV)

The cup is clearly representative of God’s utter hatred of sin. But, there’s something else.

Jesus makes a very strange comment to Nicodemas in John 3 where we find this bizarre reference to the ‘bronze serpent’.

No one has ever gone into heaven except the one who came from heaven–the Son of Man. Just as Moses lifted up the snake in the wilderness, so the Son of Man must be lifted up, that everyone who believes may have eternal life in him.” (John 3:13-15 NIV)

As a cross reference, read Numbers 21:4-9. The Israelites were being VERY ungrateful towards God and God had enough. He sends these fiery serpents which were biting them and the venom was killing them. So they quickly returned to Moses to admit the error of their ways and God instructs Moses to tell them to do something very strange. They are to look at the image of this bronze serpent lifted up on a stake in order to live. This provided the antidote to the venom that was running through their veins.

This is a picture of sin – we have all been bitten! We all have the venom of sin running through our veins – the only antidote is to fix our eyes on that bronze serpent?! And Jesus applies this to Himself? Why a serpent of all things? And why does Jesus clearly link the lifting up of the serpent on a stake with Him being lifted up?

Whilst we admit we don’t fully understand this, these are the words of Jesus. And although we recoil at this thought, it appears that God, at that moment, somehow saw the serpent on that cross, not His beloved Son – He no longer saw His hearts treasure, the mirror-image of Himself in His Son. At that moment, God the Father saw a representation of all the sin in the history of mankind – all focused on Jesus who in His eyes, took the form of a serpent. Therefore, God was utterly repulsed and totally turned away. Jesus was a representation of all sin on the cross.

No wonder Jesus dreaded this. He had to endure the complete disdain, contempt and wrath of His Father in addition to a separation He had never known. This was the cup that Jesus dreaded, it was infinitely worse than any of the physical or mental suffering.

It pleased God, God took pleasure in crushing Him. And this word ‘crush’ means to annihilate, to obliterate – like a millstone crushing an olive. Up until that point on the cross, God and Christ were in perfect union. Perfect ‘oneness’ – complete unity. And yet at that time, the full wrath, the anger of God for ALL sin was focused directly and uniquely on Jesus. We have no capacity to imagine that – it’s beyond our comprehension. That was what Jesus dreaded. Basically, Jesus took our ‘hell’, He drank it…willingly. He had His Father turn His back on Him and the unity of the Godhead was temporarily ruptured. That’s why Jesus said, “My God, My God, why have you forsaken me?” – the only time He did not address His Father.

It was this ‘cup’ that involved a dimension of suffering we can’t possibly comprehend – that is what terrified Jesus, but He still ‘drank it’ willingly on our behalf until He could triumphantly declare the words ‘It is finished’ or ‘paid in full’! It was at that point that the Jesus work was complete.

When he had received the drink, Jesus said, “It is finished.” With that, he bowed his head and gave up his spirit. (John 19:30 NIV)

We recommend two resources to further contemplate this:

Firstly, this dramatic and descriptive account of the crucifixion – The Father’s Cup

Secondly, this fantastic short video where the Pastor explains this ‘cup of wrath’ so clearly to a tour group in Jerusalem:

Our prayer as we approach the Easter period is that you (along with us) may be drawn closer to the Lord through a deeper understanding of what happened on that old rugged cross. We also pray that you make the appropriate response. Jesus Christ provided the antidote to the venom of sin that is running through our veins in order for us to be restored to God – why would anyone reject that? Of all the reasons people use to avoid submitting to Jesus Christ, no-one could ever accuse

Him of not doing enough…

God made him who had no sin to be sin for us, so that in him we might become the righteousness of God. (2 Corinthians 5:21 NIV)

One Response to What happened on the cross?