The Seven Descriptions of Jesus Christ in Revelation 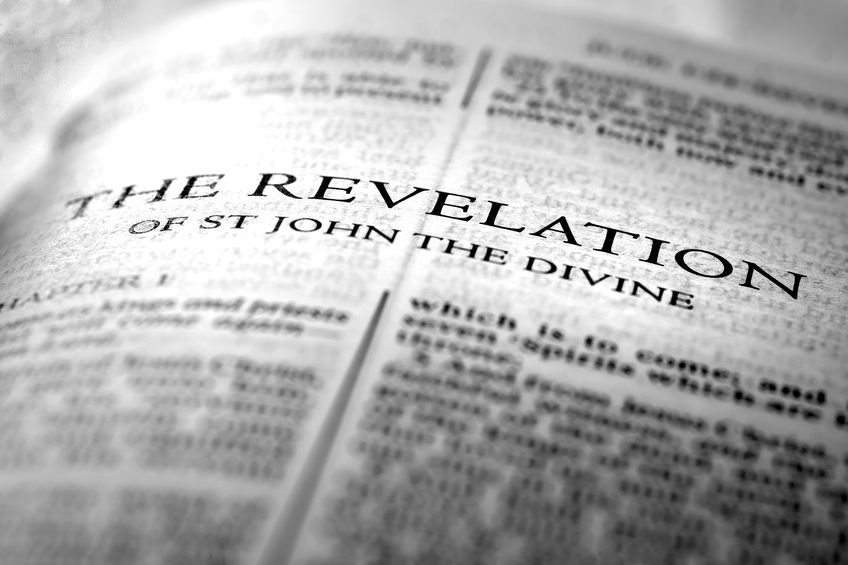 Jesus famously made seven ‘I am’ statements which are outlined in John’s gospel. We have written an article that unpacks each of these claims. In the article, we make the point that these claims separate Jesus from every other figure in history and make Him unique. Furthermore, if these claims are true (and Jesus did all he could have done to demonstrate they are) they have implications that affect every person on the planet. But, there are also seven descriptions of Jesus Christ in Revelation.

In the book of Revelation, Jesus assigns himself seven descriptions which occur at the opening of each of the seven letters to the churches in Revelation 2 and 3. Many of these pick up on descriptions that are used elsewhere in Revelation, but immense encouragement can be drawn by looking through each one of these – let’s unpack them briefly:

To the angel of the church in Ephesus write: These are the words of him who holds the seven stars in his right hand and walks among the seven golden lampstands. (Revelation 2:1 NIV)

The title follows on from the imagery used in Revelation 1:20 which the seven stars represent angels of the churches and the seven lampstands represent the churches themselves. It’s encouraging to note not only that Jesus ‘holds’ onto the churches, but that he ‘walks among’ them. Our Lord is intensely interested in His church and cannot take His eyes off His people! Even more of a reason to trust and obey our Saviour.

To the angel of the church in Smyrna write: These are the words of him who is the First and the Last, who died and came to life again. (Revelation 2:8 NIV)

The name Smyrna comes from the word myrrh which was a perfume used to embalm dead bodies. Here, Jesus reminds His church that he conquered death and rose to life. Jesus death was necessary to pay the debt of sin but His resurrection demonstrated the debt was paid in full and had been accepted by God the Father – the resurrection was the receipt. When using the phrase ‘first and last’, Jesus is identifying himself with a title of God in the OT (see Isaiah 41:4, 44:6 and 48:12) – quite a claim!

To the angel of the church in Pergamum write: These are the words of him who has the sharp, double-edged sword. (Revelation 2:12 NIV)

In Revelation 1:16, it is revealed that a sharp, double-edged sword comes out of Jesus’ mouth – now Jesus ‘has’ the sword. Given the context of this sword coming out of Jesus’ mouth and also given the reference in Hebrews 4:12 of ‘word of God’ being ‘living and powerful, sharper than any double-edged sword’, it would be fair to that this title refers to Jesus’ words. Just as at the beginning of creation, what God says is done and this will be the case through the book of Revelation as the end times are revealed. It reminds us that although God’s love and mercy are incredible and it is amazing that we can have a relationship with the living God, this relationship must function on God’s terms, not ours – that is evident throughout Scripture.

To the angel of the church in Thyatira write: These are the words of the Son of God, whose eyes are like blazing fire and whose feet are like burnished bronze. (Revelation 2:18 NIV)

This is a title that emphasizes Jesus’ deity and also picks up from Revelation 1. The description of having ‘eyes like blazing fire’ emphasizes the all-seeing and penetrating nature of Jesus’ vision – he sees everything and nothing can be hidden. Furthermore, the reference to blazing fire could imply the attribute of judgment. The feet of burnished bronze imply immovability and strength – nothing can thwart the purposes of the coming King!

To the angel of the church in Sardis write: These are the words of him who holds the seven spirits of God and the seven stars. (Revelation 3:1a NIV)

Here Jesus seems to be emphasizing his mastery of everything spiritual and could be connected to Isaiah 11:2-4. The number seven symbolises completeness and this number can also indicate the notion of being ‘seven-fold’ as opposed to a simple cardinal number. Holding the seven-fold spirits of God demonstrated control and dominion over the spiritual world and the seven stars (drawing from Revelation 1:20) represent the church, which is also held by Jesus. The church belongs to Jesus Christ – he knows his own sheep, he sees his true church and he watches over them very closely as the good shepherd (see John 10:1-16).

To the angel of the church in Philadelphia write: These are the words of him who is holy and true, who holds the key of David. What he opens no one can shut, and what he shuts no one can open. (Revelation 3:7 NIV)

Again, this title asserts the control of Jesus – everything that happens on heaven and earth is done on his terms, not ours and we would be wise to listen to those terms. Jesus also describes himself as ‘holy and true’ – these are not tendencies or traits that are common with Jesus…they utterly define who he is and his complete being. There is another interesting detail with the choice of Greek word for true used here – there is one word which means true as opposed to false and there is another word which means true as opposed to fake…the latter is used here which emphasises Jesus as being genuine and real. Here, Jesus also clearly identifies himself as fulfilling the prophecy of Isaiah 22:20-23.

To the angel of the church in Laodicea write: These are the words of the Amen, the faithful and true witness, the ruler of God’s creation. (Revelation 3:14 NIV)

This is a fantastic way to end these seven titles – not only are we reminded of the faithfulness and sincerity of Jesus, we are reminded of his Kingship and the certainty of his rule. Whatever he says will be decreed, whatever he purposes will be fulfilled.

The only fitting way to summarise is to end with the exhortation that appears at the end of each of the seven letters – ‘Whoever has ears, let them hear what the Spirit says to the churches’.

These verses paint a rich description to our Lord and Saviour with attributes that are without parallel – will you listen to what he has to say to the churches and respond appropriately?