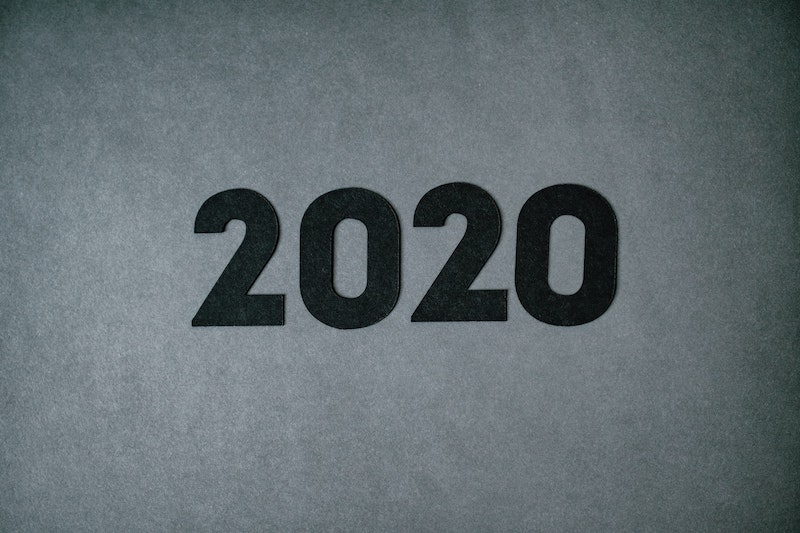 2020 will go down in history as one of the most eventful years of our generation. While it is a year that most people want to see the back of, it should really act as a catalyst to grab our attention! 2020 has seen major events that will undoubtedly shape our future – there will be no going back to ‘normal’ as new ways and ‘rules’ will be introduced that will be here to stay. This should be a wake up call to each of us to look at what is happening around the world and see that we are heading to events of Biblical proportions.

The year started with horrendous Australian Bushfires that seemed to be triggered by recording-breaking temperatures and severe drought. The UK had the wettest February on record as storms Ciara, Dennis, and Jorge battered the nation. We saw devastating floods in Indonesia and India where thousands of lives have been lost. More recently, the 2020 Atlantic hurricane season has broken all previous records. Many other countries around the world have been impacted by unpredictable storms and earthquakes. The reality is that natural disasters have been increasing in frequency and ferocity over the last decade – this alone is enough to conclude we are heading to a climax of some sort.

2020 has been dominated by the Covid-19 which will prove to have brought about monumental change. We have seen how rapidly a virus can spread and have a global impact in a matter of months. Each nation has taken its own approach to tackling the virus with some fairing better than others. However, no one was really prepared for this and our lives have been changed forever – lives have been lost and the economic impact will cause a massive rise in unemployment and businesses to go under.

Although history shows there have been more deadly viruses, the sense of fear across our nation at least has been remarkable. In the beginning, we saw general hysteria and panic buying with many shops left with leaving empty shelves. Once we have accepted this pandemic, the debate was around whether we should wear a mask or not, and controversy surrounding lockdowns. This is now moving on to whether questions about rolling out a vaccine.

What is clear is that things won’t be the same, there will be a new ‘normal’. Keeping Bible prophecy in mind, this pandemic is moving us along more rapidly on the end times calendar. Heading towards a cashless society is now only a matter of time and this pandemic will likely be used by governments as an opportunity to make global changes, such as the Great Reset. Time will tell how this shapes up.

At the beginning of the year, the UK left the EU and entered an 11-month transition period. Negotiations continue to determine if a deal can be agreed upon before the 31st December 2020 deadline, otherwise, the UK will drop out of the EU without a deal. Information is available online weighing up the pros and cons of any deal but we will have to wait and see how this plays out. Either way, because of the timelines with Brexit, 2020 is a significant year for the UK and impacted nations. Any deal, or no deal, will change our relationship with other nations. The anticipation is building to see where the UK stands come January 2021!

Israel’s normalisation with a number of Arabs states has come as a surprise development. The UAE was the first to agree to a deal and since then Bahrain and Sudan have formalized agreements with Israel. It is also rumoured that more Arab nations will agree normalisation deals with Israel in the near future. This shows there is a big change happening in the Middle East (although it will be interesting to see if a Biden administration has any effect on this). It appears that there can be hope for peace in the Middle East but whatever peace is established it will be short-lived. In the end times, Israel will be standing alone, left to defend themselves as Bible prophecy anticipates. The interesting piece in the short term is how the Palestinians fit in. They have been vocal in their opposition to the agreements the Arab nations are making with Israel and it doesn’t look like they will be persuaded otherwise. 2020 has seen profound changes in the Middle East that have got the attention of many interested in Bible prophecy. As Israel is the centerpiece of God’s prophetic clock, we are in very interesting times as we look to see how events will further transpire.

Who thought the US elections would go smoothly?! Whichever side you are on, it is clear there are serious issues with the voting process in America. Currently, Joe Biden has been named ‘President-Elect’ but there are still legal cases around voter fraud that need to be cleared up. It won’t be long before the next President is announced and it’s looking likely that it will be Joe Biden. Whoever it is, it will be significant going into 2021 as America doesn’t have a major part to play in the end time Bible prophecy events. This is surprising with its current status as a superpower so something has to happen. It’s going to be very interesting to watch events in the US to see what direction they take.

Looking back on the year, many other events happened that dominated our news channels. It seemed that nearly every day there was a breaking story that had some significance. 2020 has to be the year in our generation for people to wake up, as we believe events will begin to escalate. The events we are seeing in America, the normalisation with Arab nations and Israel, and how nations are responding to the pandemic should cause us to think whether something much bigger is at play here.

This was an eventful year but there is a year soon approaching that the coming King will return. Each year before will see nations being positioned for the end-time stage. Natural disasters will inevitably increase along with conflicts between nations as scripture foretells. We pray 2020 is a wake up call to those who don’t know Jesus Christ as their saviour to fairly consider the evidence before it’s too late.

You will hear of wars and rumors of wars, but see to it that you are not alarmed. Such things must happen, but the end is still to come. Nation will rise against nation, and kingdom against kingdom. There will be famines and earthquakes in various places. All these are the beginning of birth pains. (Matthew 24:6-8 NIV)