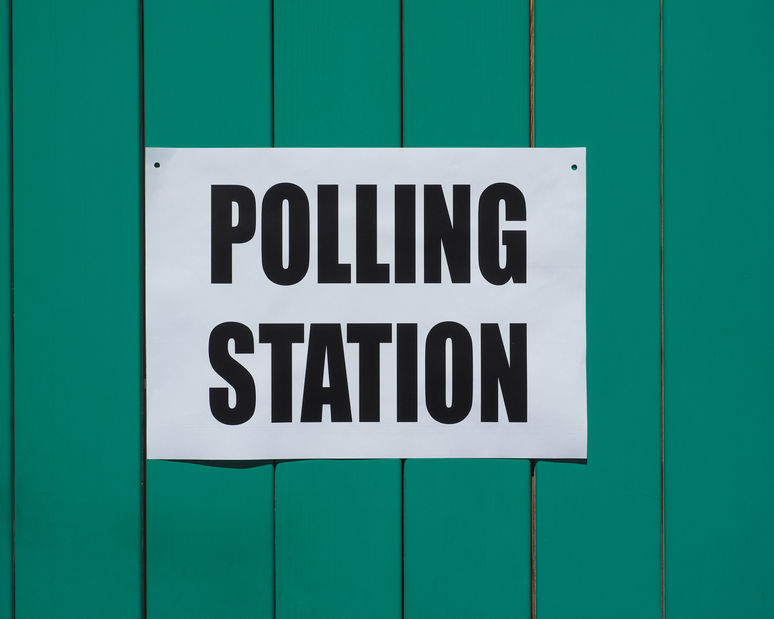 As the UK prepares for a General Election, it is difficult to escape the sense of fatigue and even paralysis with politics among the electorate. In the aftermath of the Brexit Referendum with the skullduggery and sleight-of-hand from politicians before and after the vote, many people are simply shrugging their shoulders at the prospect of being asked to attend the voting booths again – others will no doubt use their vote to vent anger. Candidates are making promises which are impossible to deliver, they often concentrate more on demonising each other than articulating what they stand for and almost all ‘facts’ are taken with a pinch of salt by the electorate as an atmosphere of scepticism and cynicism pervades.

And it is not just the politicians themselves who are to blame for the disillusionment with politics. Supposedly neutral mainstream media outlets continue to force their own views on viewers and listeners, often without even trying to hide their bias – no longer does the media seek to inform opinion, it appears intent on forming opinion. No-one knows who to trust and no-one knows where to turn for accurate, balanced and impartial information. In short, it seems a mess.

Unfortunately, there are no easy answers to this and we are left scratching our own heads. It appears that our political parties may cancel each other out which will result in a hung parliament, although the opinion polls have also proven so unreliable in recent years, that is also very uncertain. There is no indication that any party is being influenced by anyone with strong biblical beliefs, so it is really a case of trying to gauge who is the least antagonistic towards those of faith or who displays the least aggression in forcing secular ideals down the throats of the British population.

Maybe it would help to try and speculate on how Jesus would vote in this election. In fact, in a recent blog, we asked whether Jesus revealed any political leanings which could assist us, but we suspect he would abstain from endorsing any political party at this time.

One thing we are very conscious of is that we deserve the Lord’s judgment as a nation at this time and we fear we may get a leader we deserve. We cannot remotely defend our nation’s spiritual conduct and although we pray for the Lord’s mercy, it is difficult to feel conviction with these prayers when we know our nation only deserves the Lord correction. Unfortunately, there is not a doctrine in Scripture that has not been under direct attack in this country which is driven by a rampant secular lobby that dominates politics. Worse still, the visible church is mostly silent and often offers tacit approval along the way on issues where it should take a stand.

One strategy for the Christian voter would be to select the least immoral party, rather than the most moral, but that is not an easy process to work through. Another strategy would be to pray that the least anti-semitic party wins the election – indications that the Jewish community would leave the UK if Labour won the election are alarming as this would undoubtedly take us even more directly on a collision course with God. The vote could be settled by selecting the least ungodly candidate rather than the one who most closely fits the bill from a Christian viewpoint. Admittedly, this would be no endorsement of the successful candidate but it appears a valid strategy given the choice. But again, this is not easy – both the Liberal Democrats and Labour appear to be determined to marginalise candidates who take a stance on issues that would align with the Bible. This leaves the option of a Conservative vote which seems on paper to be the party demonstrating the least aggression to Christian values – however, there is little sign we can be assured of a time of wisdom and integrity with Boris Johnson at the helm.

For a great overview, we recommend this Election Briefing compiled by the Christian Institute for those who would like an in-depth breakdown of where each party stands on issues that could be described as Christian principles.

In summary, our main prayer is that the Lord exercises his divine sovereignty over our nation through this election. If this means a time of judgment (and we hope this is not the case), then so be it. If this means a government that takes us out of the EU, then maybe this is a sign the Lord is guiding us away from further secularism. Whatever happens, our prayer is that this election demonstrates the Lord’s hand is still active within this nation.

Furthermore, our plea is that this election will somehow take us closer to our Lord rather than further away, even if that means some short-term pain. If nothing else, we pray that the steady trend of this nation deliberately dethroning the Lord God and removing him from the public square will stop – we need to turn in repentance to acknowledge the Lordship of Jesus Christ.

In the midst of this utter confusion in the lead up to this General Election, we plead with the Lord for a display of mercy that we do not deserve and we pray that our Lord will protect and elevate the few discerning Christian voices of our time – if there is any hope for revival within the nation, a time of repentance will have to come first.